The Aya Neo 2021 Pro has officially been announced! We take a look at and discuss the system specs, new designs and improvements over the original Aya Neo AMD Windows gaming handheld.

Aya are expanding their range of gaming handhelds with a new model which features a faster processor as well as a new retro themed model and accessories.

As you can see from the technical specs, the Aya Neo 2021 Pro improves over the original in all areas with more CPU cores and threads and a higher maximum CPU speed. In addition, the Radeon Graphics also benefits from an upgrade with two additional cores and faster clock speed.

We can expect to see a considerable jump in performance between the two devices. Depending on the benchmarks this could be anything from 5% to 60%. For instance, we have seen from previous benchmarks that the percentages vary due to whether or not they take into account the extra number of cores and threads.

As an example, PassMark scores 11,220 on the 4500U and 17,277 on the 4800U, that’s around 54% difference. This type of benchmark tests all available cores and threads to give a more accurate test of performance.

In gaming performance, there may be less of a gap as some games are only designed to use a set number of cores, say six for instance. Above all, the 4800U will come out on top every time, although the gap may not be as large as 54%

In terms of RAM and storage, the new Ryzen handheld will have the same 16GB LPDDR4x RAM. In our tests we found it to be very fast! The storage is available in 1TB and 2TB m.2 NVMe. This is a step up from the 512GB and 1TB offered on the original.

Following on from the original Aya Neo, it will feature at 47Wh large battery for long battery life. Wi-Fi 6 and Bluetooth 5.0 are also present for fast data transfer.

The new Aya Neo Pro continues to build on the improvements since the launch of their original Aya Neo Founder Edition.

New multi-level linear triggers, aka analogue triggers, are part of the new design. For instance, this gives gamers more control over their games like Forza Horizon 4 and Dirt 5. With analogue triggers it would be more similar to gently pressing an accelerator pedal, rather than foot slamming it.

The built-in vibration motor sees improvements with a new X-axis linear motor instead of a standard linear motor. This will bring a greater degree of vibration accuracy.

One of the complaints of the original was that the button prints faded very soon after using them. Aya has improved the way the buttons are manufactured, which should improve the durability of them.

The cooling system has also been improved with a new heat dissipating dual copper tube. This will provide faster and more stable heat removal.

The Aya Neo 2021 Pro will have the two colour schemes found on the original which is Dark Star and Light Moon.

In addition, a brand new design called ‘Retro Power’ has been announced. This is based on the U.S. model Super Nintendo style colour scheme. Featuring the famous light grey shell, purple gaming buttons, and darker grey additional buttons, it really does look great!

Aya has announced a retro themed charger. The GaN PD charger supports up to 108W fast charging, has three USB Type-C ports and one Type-A port. It has a retro inspired design and colour scheme representing the original Gameboy which we love!

The Aya Neo 2021 Pro dock also continues the retro theme with a Gameboy inspired gaming handheld design. The dock features a pressable D-Pad and gaming buttons. Although sadly they are only for show and not used as a mini controller.

And finally there is a retro themed mechanical keyboard. Aya mentioned that a non-engraved version will be initially released. This will be followed by side or positive engraved key caps in the future.

The Aya Neo 2021 Pro is expected to start shipping around mid September. We will have more details on exact dates very soon!

The Dark Star and Light Moon models will cost $1,215. The Retro Power gaming handheld PC model which comes with the retro themed docking station will cost $1,315. These prices are based on purchasing from China directly. As such you may incur higher postage costs and import taxes to your country.

The Aya Neo 2021 Pro is shaping up to be a big release in the gaming handheld market. It faces fierce competition from GPD Win 3 & Win MAX 2021, and the One Laptop ONEXPLAYER. There is definitely a sense that each company is trying to have the fastest handheld gaming PC on the market!

You can browse our range of Aya products here, including the original Aya Neo to buy now.

We take a look at the new Aya Neo 2021 Pro which has a AMD Ryzen 7 4800U CPU, new Retro Power theme and number of features and improvements...Read full article 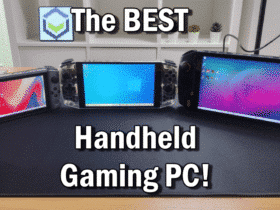 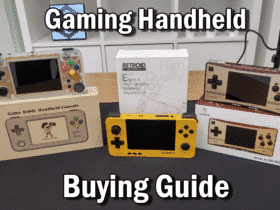 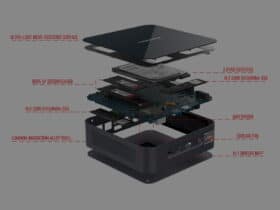 Check out this awesome collection of our best handheld gaming PCs - all available at DroiX. AAA gaming-on-the-go is no longer just a dream!

Want to game on-the-go? Check out our list of the best gaming handhelds in 2021 to help you find that perfect out-and-about handheld!

We test 15 of the best AAA games on the GPD XP including Call of Duty Mobile and PUBG to see the performance of this Android based handheld. 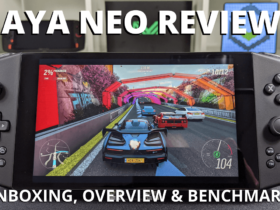 Does the Ryzen beat the Intel handheld PC's? We put the Aya Neo to the test with system and gaming benchmarks to see which performs the best.