In our GPD XP review we take a look at the Android game and retro gaming handheld with an unboxing and overview. We then follow it up with some gameplay and emulator tests. We will have a pre-order page for the GPD XP soon!

Inside the box we have the GPD XP which we will show in more detail shortly. Next we have a user guide which is in Chinese and English. There is a USB Type-C Charge cable.

Next, there is a second connectable controller which we will show in more detail a little later. And finally there is a third controller end cap part which is used if you do not want to use a controller.

The display is a 6.81 inch TFT LCD which is 10 point touch supported. It has a maximum resolution of 2400×1080 when in landscape orientation.

On the left side we have the left analogue joystick and classic D-Pad. Between the two, is a screen mapping button which I will explain in more detail below. On the bottom are three buttons which are used for menu, tasks and back operations. In the corner of the display you will notice a small circle. This is a front facing 5 mega pixel single lens camera . It’s fine for taking selfies.

On the right side we have four gaming buttons and the right analogue joystick. And on the bottom are the SELECT and START buttons.

On the top of the GPD XP you can find left and right shoulder and trigger buttons. There is a volume rocker and power button. And there’s a fan grill on the back ridge.

On the bottom is a 3.5mm headphone port, left speaker, sim and Micro SD card slot, USB charge port and right speaker. And on the bottom ridge is another fan grill.

As mentioned above, the GPD XP comes with two controller addons which magnetically attach to the GPD XP.

They are very securely held in place and while gaming you won’t have any issues with them disconnecting or falling out.

Disconnecting them is easy. They require a small amount of force which is easier to do from the back of the controller. Push the controller away from the GPD XP and you will feel it disconnect.

You can then add the other controller simply by sliding it into place and the magnets will do the rest.

There is also a cap type part which can be used if you do not want to use one of the controllers.

Continuing our GPD XP review, a brief look at the technical specifications:

If you have used the GPD XD or XD+ you will be familiar with the menu, it is very similar in design and usage.

You can use the controls or touch screen to navigate the menus and app icons. On the settings menu you can find a few shortcuts to useful settings.

The Display Resolution app lets you change between resolutions. This may be useful for some games that do not support higher resolutions. System Info gives us a brief overview of the system, including that we are running on Android 11.

At this point we should point out that the GPD XP we have is the prototype model which has Chinese firmware on it. There are a few things different to the final version including that it does not have Google apps support due to restrictions in China. The final model, which all of our customers at DroiX will receive, will have full support for Google apps including the play store.

The joystick tester app lets you check if all the gaming buttons are working correctly.

You can also easily access commonly used settings by dragging down from the top of the screen. From here you can set the cooling fan to off, low and high speed, change the brightness and others functions such as screen recording.

Due to the Google restrictions on this prototype model we were not able to play all the games we wanted. As soon as we have the final model, we will definitely be making a new video with popular games such as Call of Duty and PUBG. In the meantime, I have picked a few that show off just a bit of the GPD XP capabilities.

We start with Asphalt 8 which is quite a demanding game. It supports controllers, with no need to set anything up, so we can get up and playing straight away. The game runs great and also looks amazing on this wider screen display!

Next we have CSR 2 which is a touch screen only game. But thanks to the built-in screen mapping software, we can easily change that! During the game, press the screen mapping button and it will bring up all of the gaming button icons.

By dragging the icons to their respective areas where you would touch the screen, they simulate pressing the screen when you press a button for example. It takes just a few moments to map the buttons to the screen, then simply press the save icon to continue. The Gamepad button will illuminate to show it is activated.

When pressing a gaming button, it simulates a touch on that area of the screen. It is a very useful feature and makes games much easier to play in most cases, especially first person shooters!

Next we have Minecraft running with many of the graphics settings enabled. It runs at a mostly smooth high 50 to 60 FPS which is very good! Disabling one or two minor settings would see this a stable 60 FPS. It plays great on the GPD XP and there’s no messing around with screen mapping as controllers are supported.

Up next we have some platform action with the excellent Shovel Knight. The game controls are built into the game so you can play straight away. It runs perfectly on the GPD XP and I had no issues.

And next we check out some emulators. For 8 and 16 bit gaming consoles you will have no issues with slow emulation. Here I am trying the PC Engine and the 32X emulators via RetroArch. Everything in this era will work great!

For more recent gaming consoles the GPD XP does a great job. The Dreamcast emulator blazes along at a full 60FPS on all the games I have tried. And forcing compatible games to widescreen ratio makes them look amazing on the display!

PlayStation is as you would expect, runs perfectly fine. I tested a bunch of games and had no issues with frame drops at any point. You can change a few settings like upscaling or filtering to improve the quality and not have to worry about slowdown.

PlayStation Portable I am happy to say, also works great. We are running God of War: Chains of Olympus which is a highly demanding game at 60 FPS. There are very minor occasional drops in frame rate but nothing game breaking by a long shot.

We will be testing more emulators in a separate video and blog post very soon!

My initial impressions of the GPD XP are very good! The GPD XP is firstly very light, which coming from using far heavier Windows handhelds recently is very refreshing. The form factor is also very comfortable to use, and I think everyone will be happy that the gaming buttons and right analogue sticks are in the correct place.

For the extra controller addons, personally I do not find any use for the other controller. I guess some people will, maybe for shortcut buttons on some games. The end cap is useful if you are using a mix of touchscreen and controller, and you don’t want the right controller in the way when using touchscreen.

The lack of google play store in this prototype was a little disappointing. I would have liked to have tried a few popular first person shooters and action games. We hope to have the final model very soon and we will definitely be making a new video showing plenty of decent games from the Google Play Store. Leave us a comment on what games you would like to see tested!

GPD have not officially announced the price for the GPD XP. We are however expecting it to be around the £250 / $342 price area. We will update here when we have an official price.

We hope you have found our GPD XP review useful. Our pre-order page for the GPD XP will be available soon. In the meantime you can browse the range of other great GPD products here. 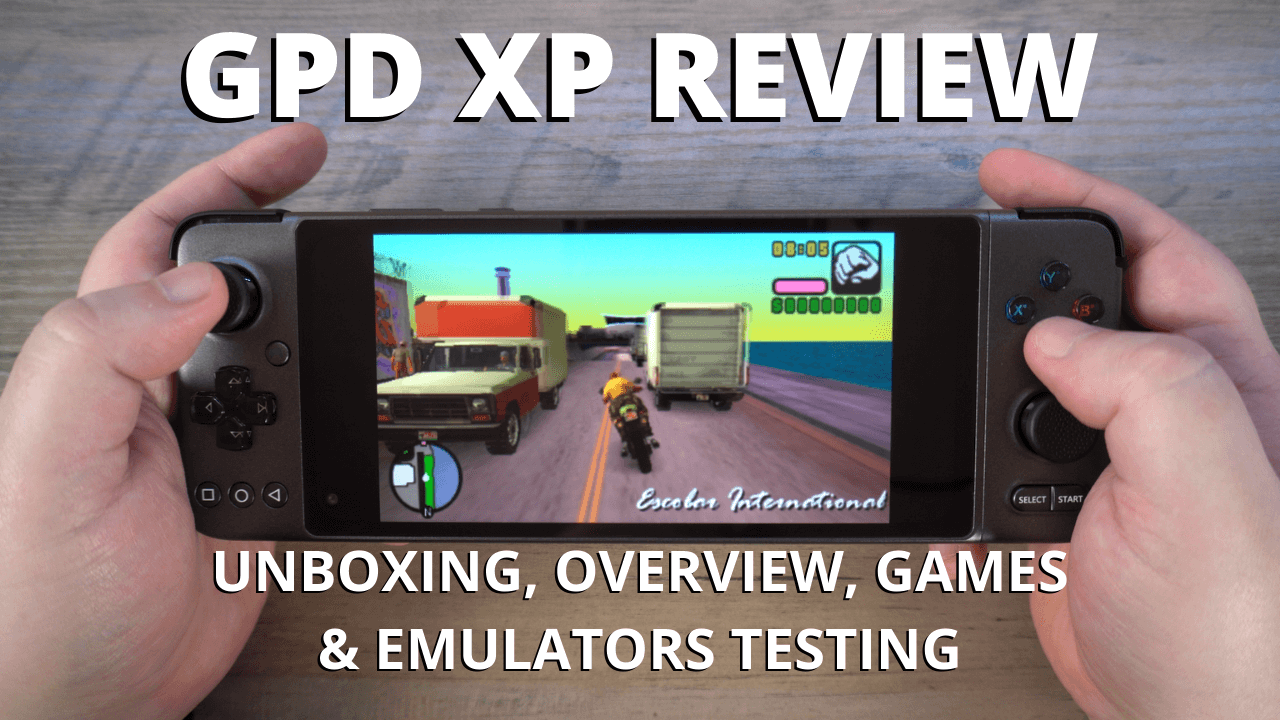 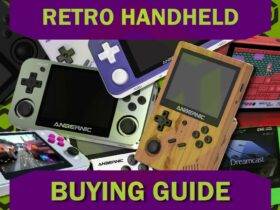 We unbox and take a closer look at the DroiX branded Proteus 10 and 10S models of Windows Mini PC with an unboxing and features overview.