The handheld gaming emulator scene is booming at the moment, but what is the best retro gaming handheld, really? With new devices being released every couple of months, it is easy to become overwhelmed. So check out this list of DroIX’s favourite retro gaming handhelds to get you started on the purchase of your first (or next) device!

What is a Retro Gaming Handheld?

A retro gaming handheld is, as the name implies, a handheld device that is intended for retro gaming. Typically, these take the form of small SoC (System-on-a-chip) devices with a built in display and controls.

Often, these handhelds will run some form of open source operating system, such as EmuElec. This grants these handhelds the ability to play a huge variety retro games directly on the device (no fancy “cloud gaming” here!).

Why should I buy a retro gaming handheld when I have a mobile phone?

This is a question we often receive, and it is an reasonable one. With better versions of Android emulators being made every day, most people already pretty much have a portable gaming handheld in their pocket all the time.

While we can’t offer you one catch-all, “this is why” type of answer, we can provide a couple of arguments as to why you might buy a retro gaming handheld.

Some people simply like to keep their gear separate, and focused!

Gaming, particularly retro gaming on mobile phones can be uncomfortable at times. Retro games are not designed with the imprecision of touch screen controls in mind. Which can make more intensive games challenging, if not frustrating to play.

There are workarounds to this in the form of mobile-compatible gamepads. But some people might not like a peripheral being required.

Plainly put, the idea of a gaming handheld that can play hundreds – if not thousands of games from all manner of retro platforms, all in the palm of your hand? Retro gaming handhelds are not unlike dreams many gamers have had as a kid.

“What if my Game Boy could play my PS1 games too?” – What we have here is an answer to that age-old question.

The Best Retro Gaming Handhelds of 2021

We’ve gathered 5 of the best retro gaming handhelds in our list below. Check them out! First on the list is…

The RG351MP is the latest (at the time of publishing) retro gaming handheld from ANBERNIC, popular manufacturer of a variety of portable gaming devices.

The RG351MP can be considered the “ultimate” form of the RG351 family of retro gaming handhelds (which we like to refer to as the third generation). It combines various traits of the previous iterations into one “complete” device.

It features a 640x480p display with a 4:3 aspect ratio, making it ideal for many older titles that were designed with a 4:3 display in mind. 4:3 being the most common aspect ratio for televisions in the 90’s/early-00’s.

Present in the device is also a second microSD card slot. Allowing for the user to separate the operating system, emulators, and games collection onto different SD cards. Making them all much easier to manage (as you do not have to fiddle about with partitions).

To learn more about the RG351MP, you can check out our RG351MP review. You can also purchase an RG351MP of your very own at this link.

Like the RG351MP (and it’s predecessors), the Gameforce Chi runs the same Rockchip SoC alongside 1GB of RAM. It also features built-in Wi-Fi and a single SD card design (meaning the OS, games, and emulators are all present on one chip).

The stand-out aspect of the Gameforce Chi lies in it’s physical design. Nowadays, the trend for retro gaming handhelds is to be in some form of horizontal “bar” shape”, with very few deviating from this norm in any meaningful way. The Gameforce Chi not only deviates, but “violates” this norm with it’s extremely chunky, playful form and bright colours (that are very remnicient of the Game Boy Advance).

One minor nitpick we do have however is the absence of L3/R3 buttons, but that is easily circumvented by use of the “Home” key in the centre of the device.

The Retroid Pocket 2 is set apart from it’s contemporaries by the fact that it runs an Android operating system, rather than a Linux-based distribution of some kind. It is also one of the rare retro gaming handhelds of its time to not feature a Rockchip SoC – instead, featuring a Cortex-A7. The overall performance is very similar to the Rockchip SoC though.

Running Android grants the Retroid 2 immediate access to a plethora of mature, optimized emulators, and you can even update the Retroid Pocket 2’s firmware to Android 8.1 for an overall smoother experience. It even comes with a special “Retroid OS” operating system that is useful for unfamiliar with emulation.

The RG351V is ANBERNIC’s attempt at a “vertically” oriented retro gaming handheld. With the controls for the device present below the screen, rather than on its sides.

This would be the first non-miniature vertical handheld ANBERNIC had released since the original RG300 back in late 2019, bearing an overall similar appearance (with a slim top half and bulkier bottom half).

The RG351V was the first ANBERNIC handheld since the RG300 to feature a 4:3 display as well. This meant that the screen would now scale near-perfectly with more retro games (as most were designed with a 4:3 aspect ratio in mind).

In terms of raw performance, it is the same as the other RG351 devices. Featuring the same RockChip SoC, granting it near-perfect performance in PS1 games and earlier, middling performance in N64 and PSP games, and is not capable of comfortably playing anything newer.

The RG351P is the poster child for the third generation of ANBERNIC retro gaming handhelds. Abandoning the Rockchip SoC of the old RG350 units, and moving onto a more powerful SoC (which also happened to be by Rockchip).

While the RG350 could comfortably play the vast majority of Playstation 1 games, as well as other 8-bit and 16-bit retro platforms; the RG351P gained the ability to play slightly more advanced platforms, such as the N64 and Playstation Portable. Although performance on these platforms does vary from game to game – some being fully playable, and others being virtually unplayable).

The 351P also introduced online functionality to the family of handhelds, being capable of scraping online databases for metadata (box art, descriptions, etc.) , and partaking in experimental online multiplayer for certain platforms through RetroArch.

While it is the oldest handheld of the third generation, the RG351P still has something to offer that no other model does – that being a 3:2 display in a plastic shell. It is also the most affordable of the bunch.

Want to know more? Check out our RG351P review, or buy an RG351P from DroiX here.

We’ve provided a basic recap of the 5 devices featured in this article below. They’re all fairly similar on paper, so make sure to check out our reviews for more info!

We hope you’ve found this guide on retro gaming handhelds to be useful. As always, until next time! 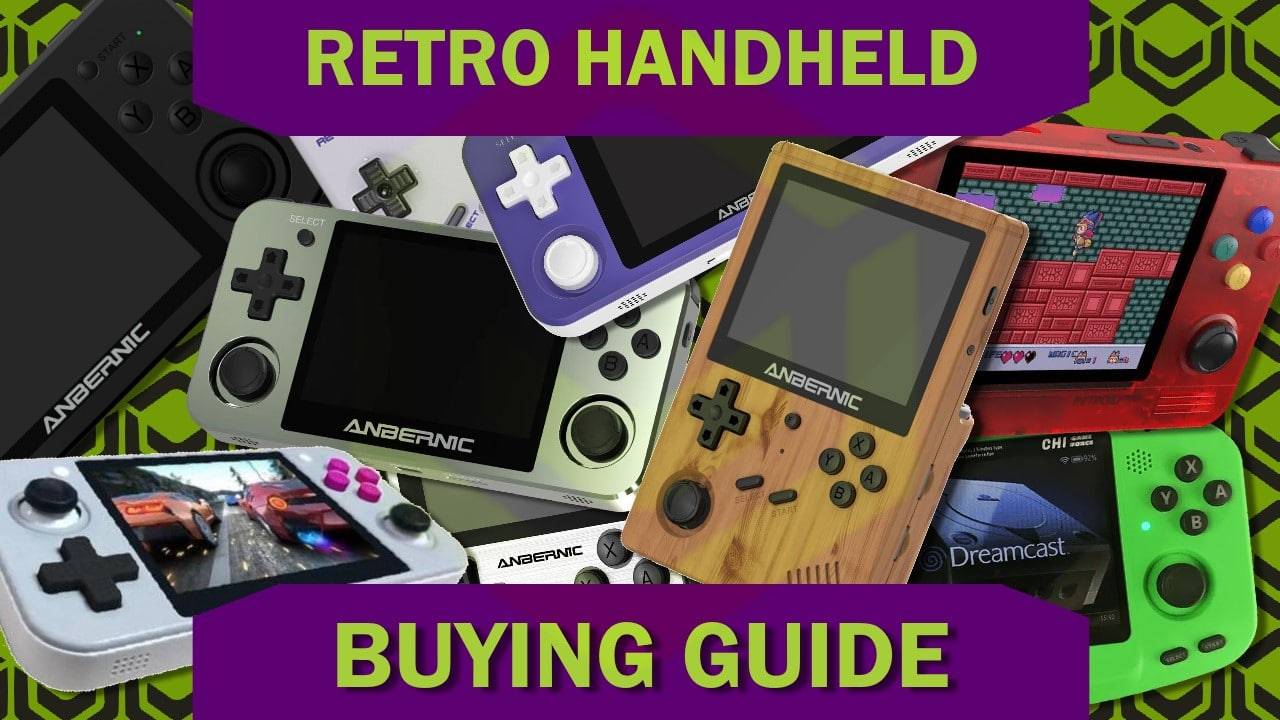 The sheer amount of retro gaming handhelds on the market can be overwhelming. We at DroiX have gathered some of the best choices to get you started!..Read full article 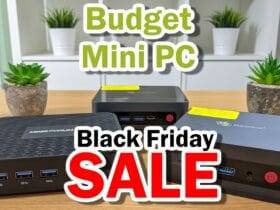 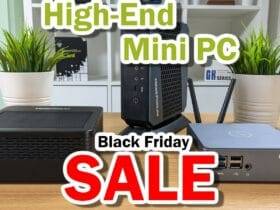 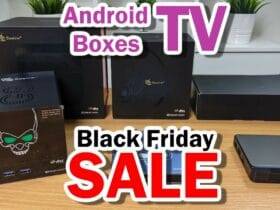 Need a new device for streaming netflix and other IPTV services? Why not pick up an android TV box during the DroiX Black Friday Sale?