Full review of the RetroFlag GPi Case for Raspberry Pi 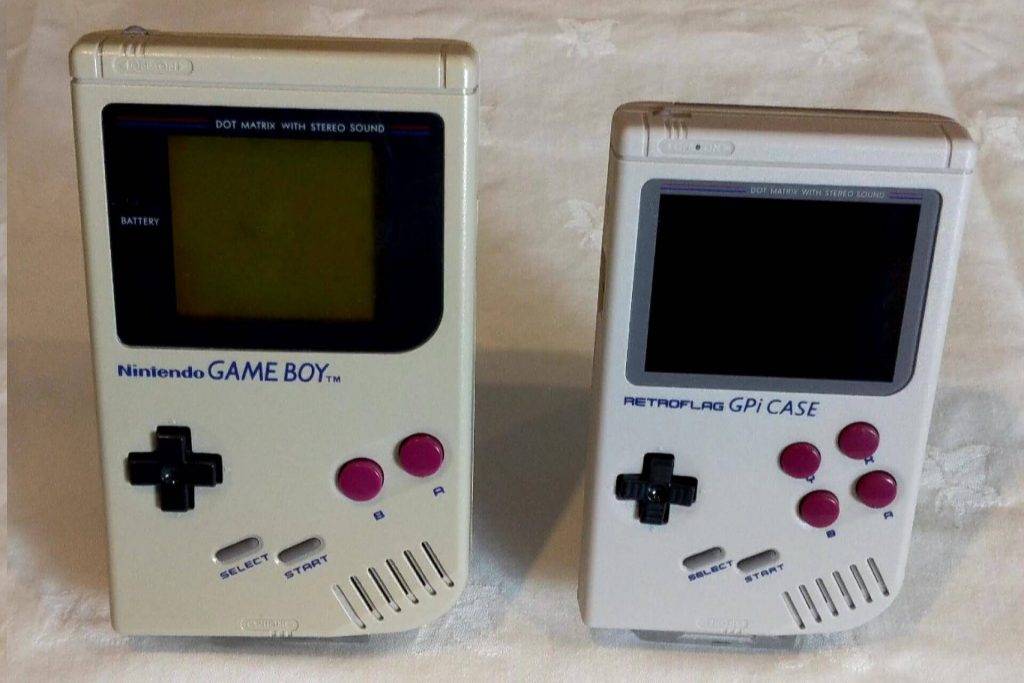 The Gameboy DMG is an iconic handheld retro gaming console which went on to sell over 100 million worldwide. There have been many attempts to recreate the classic design with modern hardware inside but none have quite hit the spot until now.

Original Gameboy DMG and a Retroflag GPi Case with Retropie

The Retroflag GPi Case is a faithful recreation of the DMG, the familiar grey colour case, speaker grill and even the D-Pad feels very similar to the original. Measuring at 135*81*32mm it is a little smaller and a little lighter at 178g. It is a nice size and more comfortable to hold for extended periods of time.

The display is a 2.8 inch 320×240 backlit LCD which takes up most of the width of the GPi, compared to the much smaller 160×144 2-bit display on the DMG. It is obvious which will be the winner here, the GPi display is large, colourful and bright. There is no screen tearing in fast paced side scrolling games. And most importantly you do not need to be sitting under a light to see the screen.

The Retroflag GPi screen is amazing, very sharp and bright!

The GP casei is run via a Raspberry Pi Zero or Zero W, the difference being the Zero W has WiFi and Bluetooth connectivity. They have a 1Ghz single-core CPU and 512MB RAM which does not sound much, but measuring just 65mm x 30mm it is small enough to fit in the GPi case and not require cooling fans for example. 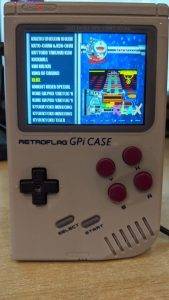 The Retroflag GPi with RetroPie

In theory you can run any Pi Zero compatible software on the GPi case but many will want it just for straight up portable retro gaming. The popular choice is Retropie with roms but you can also try RecalBox or Lakka (all 3 are compared here). You can download barebones images for both from the DroiX forums and add your own games or download prebuilt images from other sources. These images are written to a Micro SD. Card and once written you are ready to go.

The GPi case can be powered via three AA batteries for the authentic 80’s feel, or if you prefer you can use the included USB power cable to connect to a phone charger or if not near a wall socket, a rechargeable power bank. There are 3rd party mods to use a rechargeable battery if you wish for something more suitable.

If you have previously tried Retropie Consoles you will be familiar with the menus showing a range of classic computers and consoles such as the Atari 2600, Amiga, C64, Game Gear, Gameboy, Genesis/Megadrive and SNES. The Pi Zero can play most systems up to PlayStation, you will find that lower end PlayStation games will run fine but higher end will be unplayable.

The GPi controls feel quite faithful to the original, the D-Pad has the right amount of pressure required for a press. The front facing buttons feel great, as do the SELECT and START buttons. The two rear ‘shoulder buttons’ are a little low on the case than I would prefer and it takes some getting used to. However, the majority of games can be played using four or less buttons so you are well catered with the four front facing buttons.

Having tried many retro consoles with games such as the LDK and Bittboy I found the GPi to be far better in terms of the quality. The GPi case build quality feels solid and definitely not cheap. The display in particular looks very impressive, it feels responsive and has no screen tearing which is the bane of some other handhelds. The Retroflag GPi case is now my handheld of choice when I want some portable retro gaming.

You can learn more and buy the Retroflag GPi from https://droidbox.co.uk/retroflag-gpi-console-raspberry-pi-zerow-32gb-sd-card.html 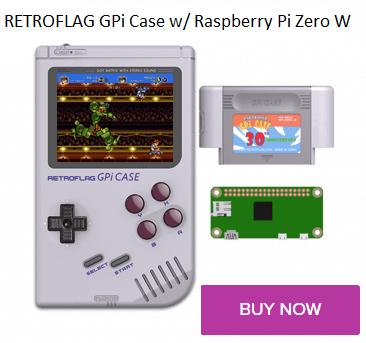 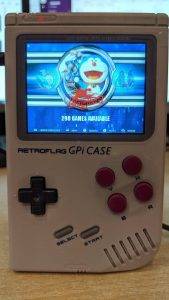 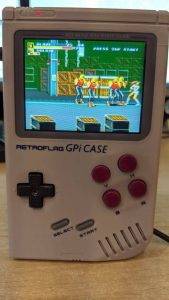 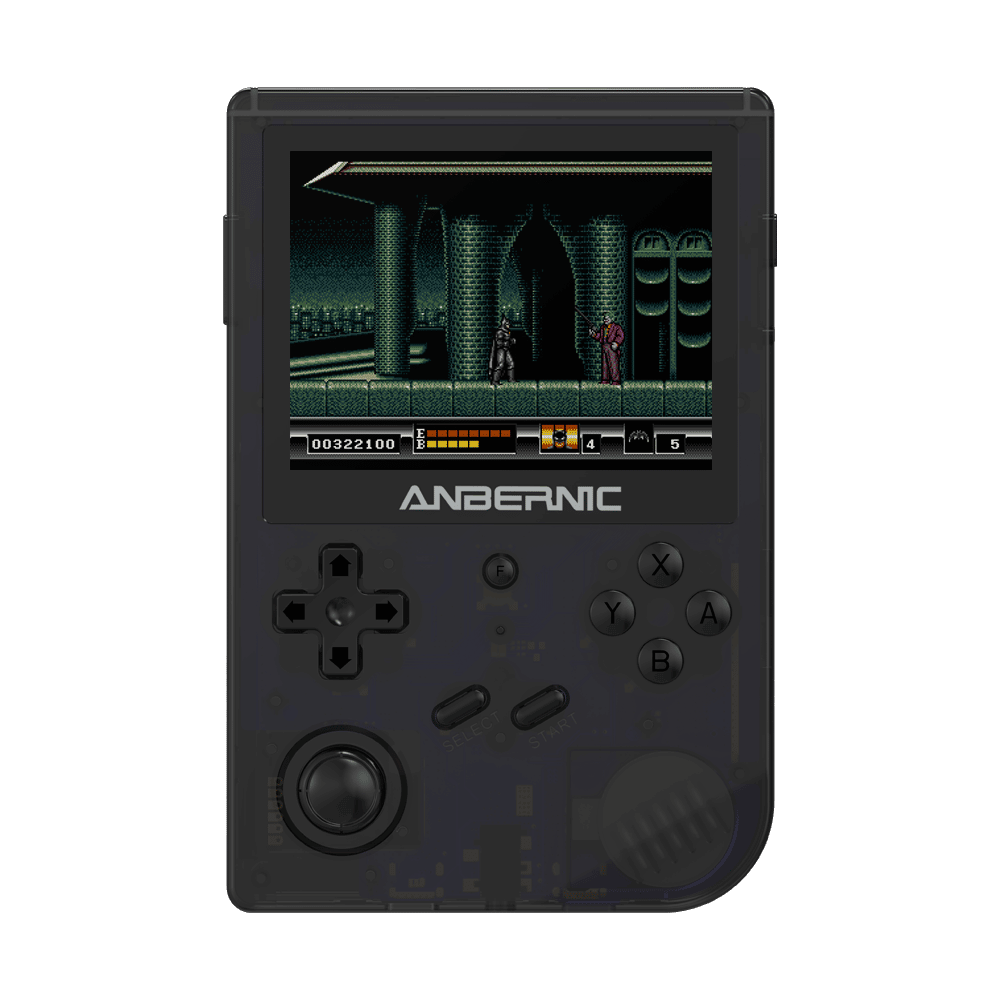 The original GPD XD was a successful Android handheld that brought the portable Android console into the limelight. The GPD XD

RetroPie is a collection of software (Raspbian, EmulationStation & RetroArch) that runs on a Raspberry Pi. It forms a frontend

Changing The Launcher On A Go v3

If you have a Go v3 projector and want to use an HDMI cable to connect your laptop/console, this post 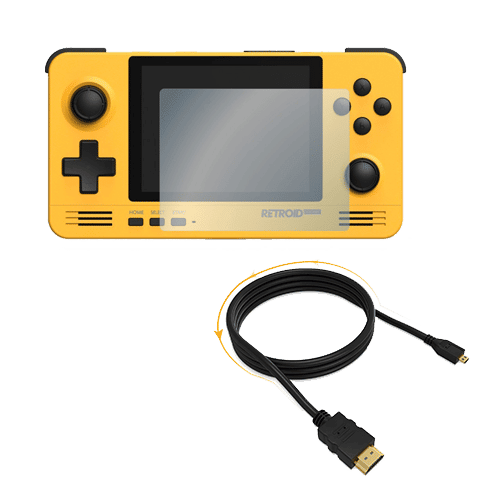 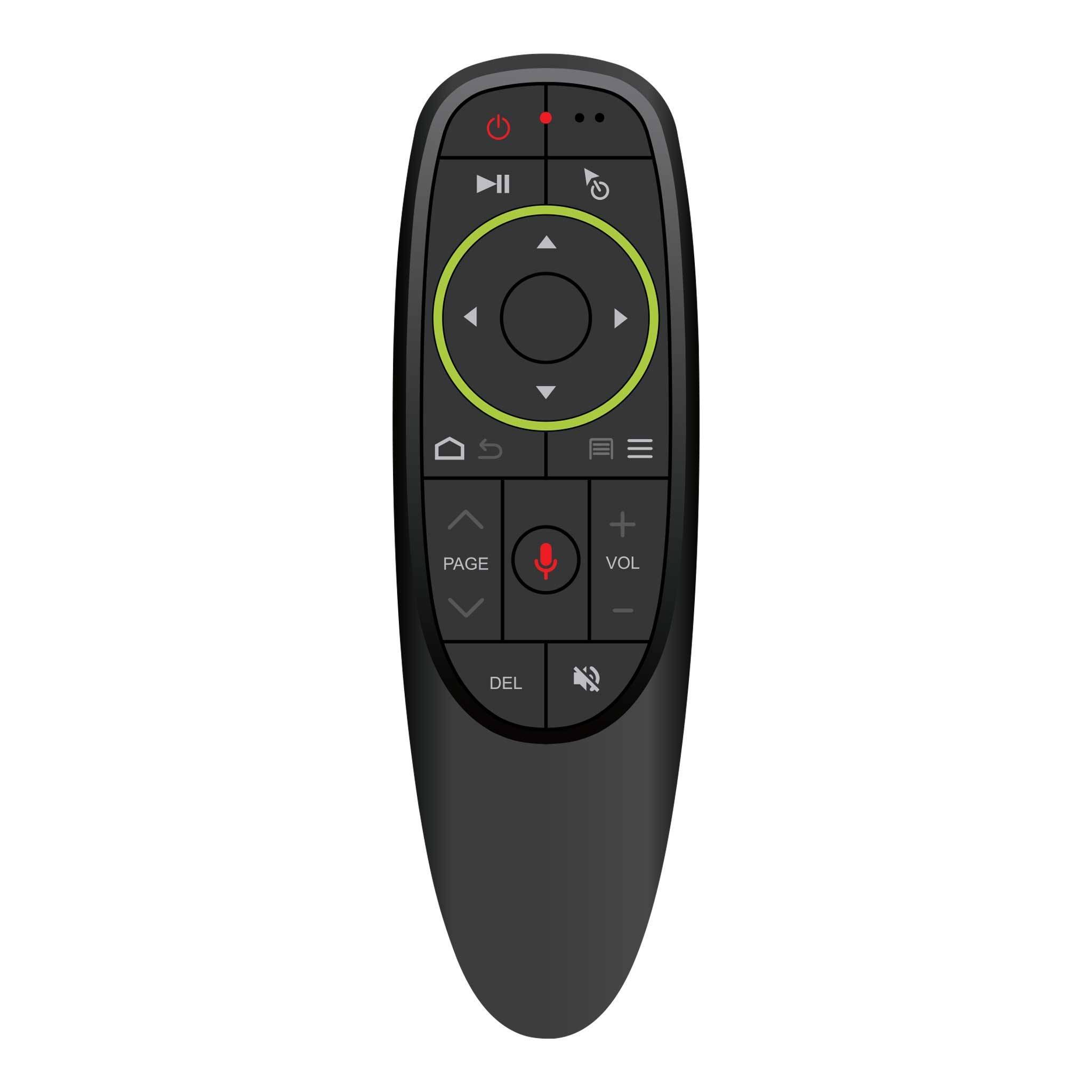 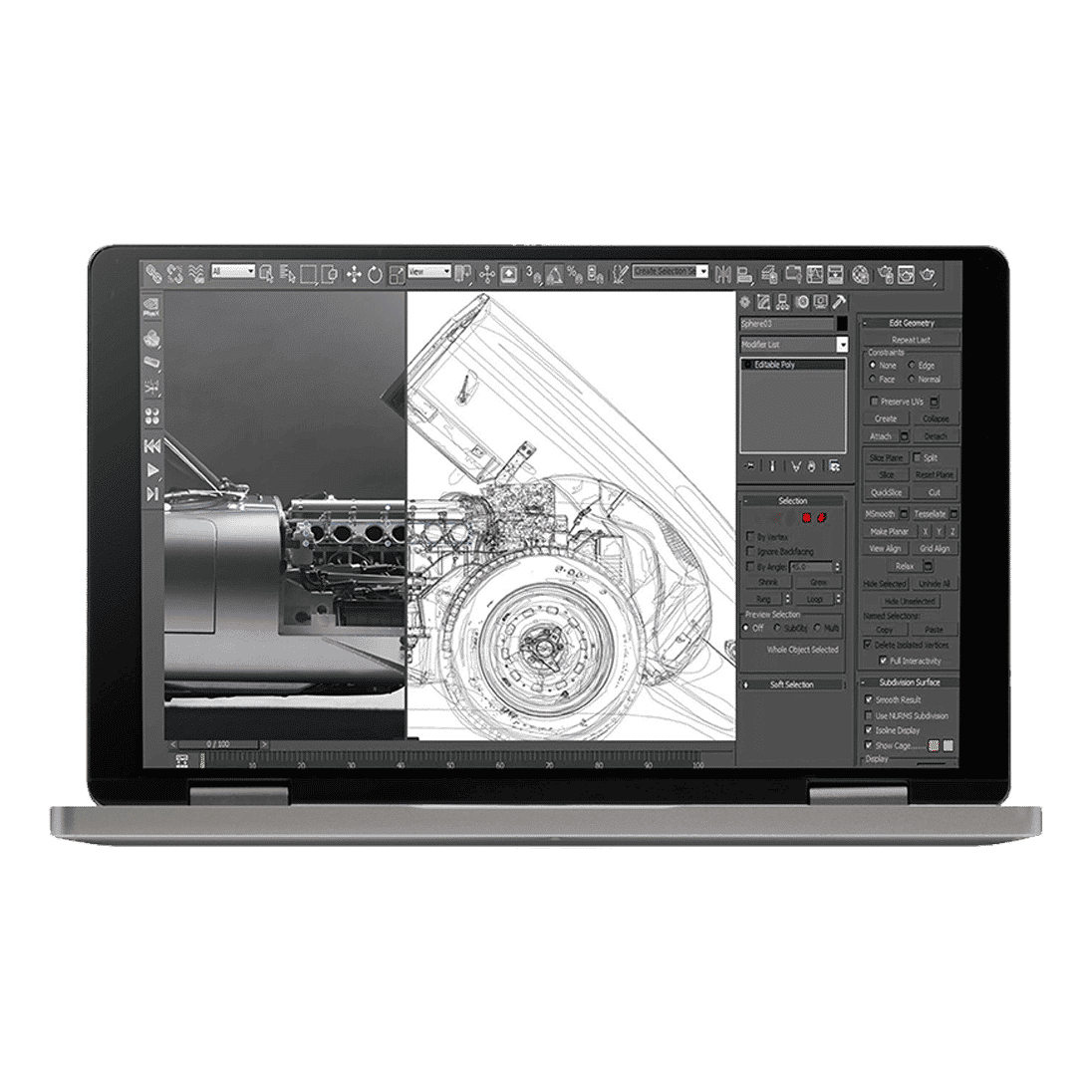