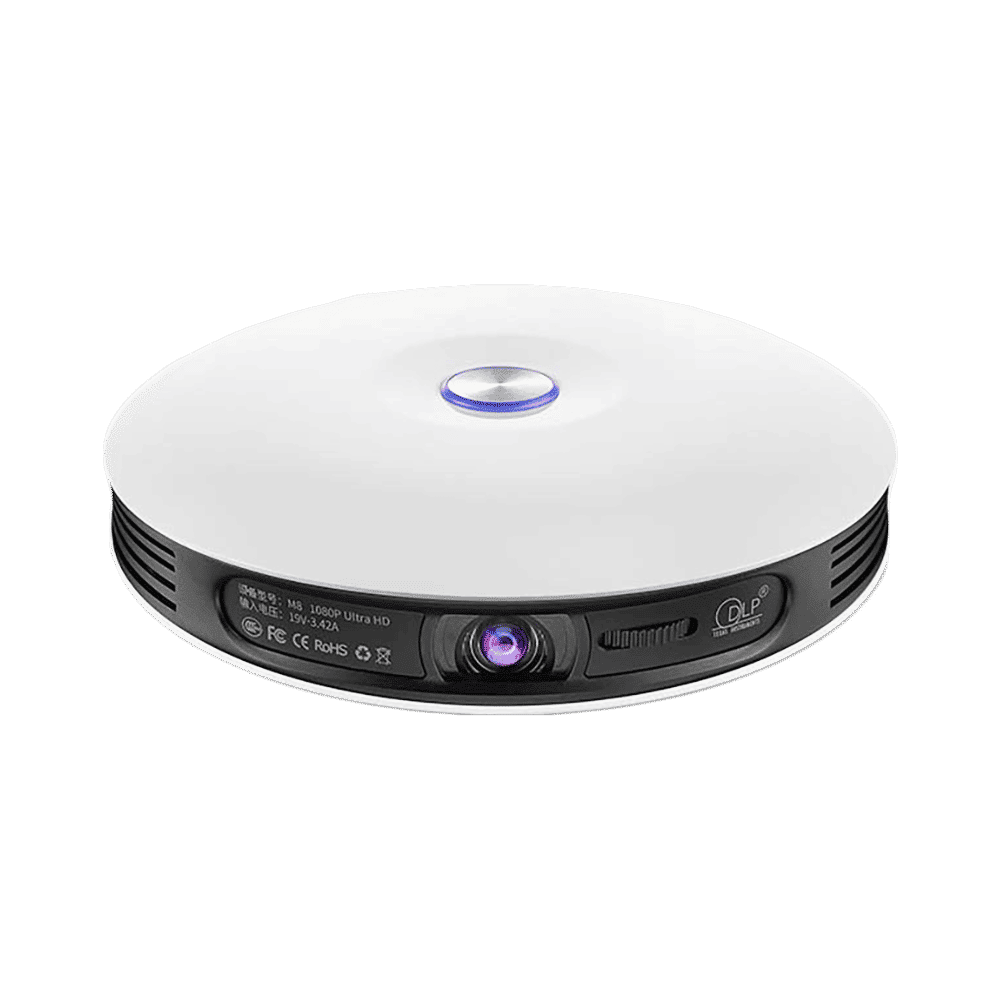 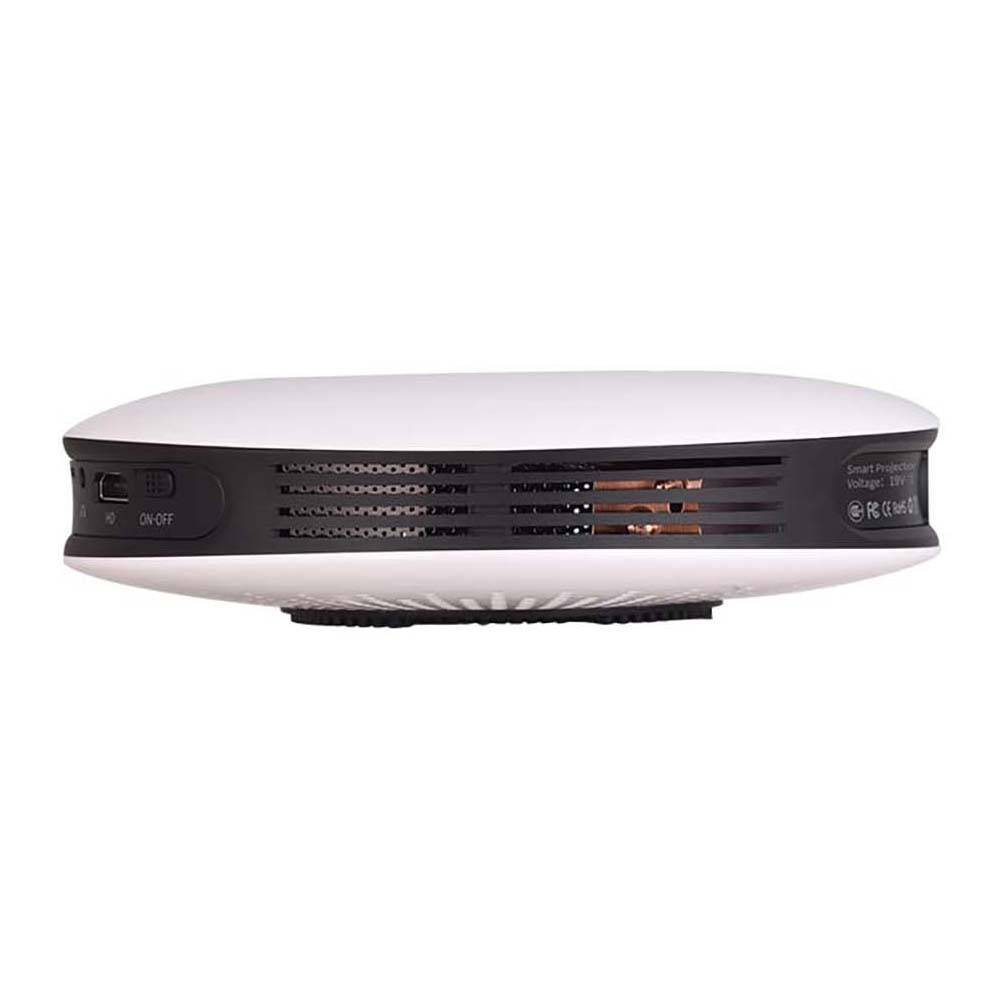 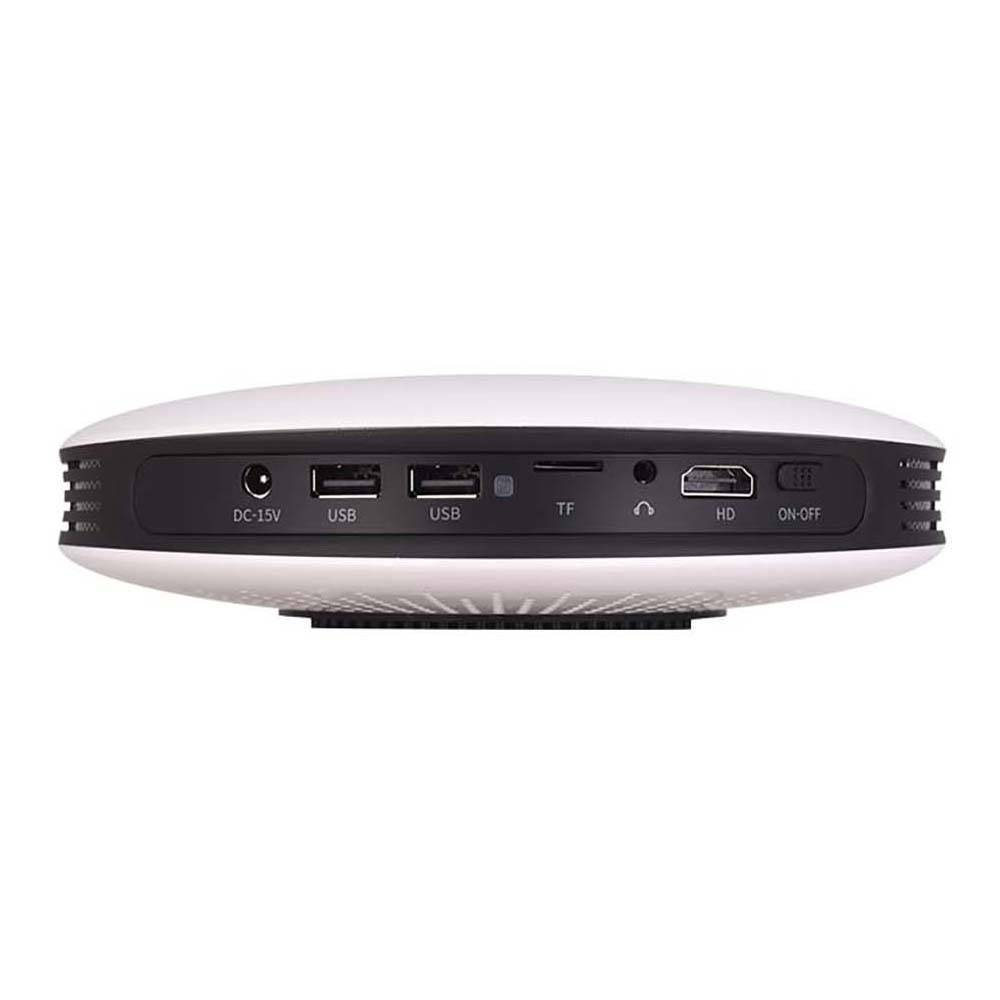 DroiX
SKU: HOTACK-DP08-PROJECTOR
Add to wishlistAdded to wishlistRemoved from wishlist 0
Add to compare

The D008 Android projector uses Digital Light Processing (DLP) technology with a Q8 RGB LED with a bulb lifespan of up to 30,000 hours at 250 ANSI Lumens and a 400:1 contrast. The projector plays up to 4K videos, including 3D support, and displays them at WXGA 1280×720 resolution, with a projection area from 40 up to 300 inches in size when placed at a distance from 1 to 8 meters.

The DroiX home projector has automatic keystone correction up to 40 degrees angle to ensure you get a straight display on the projection surface, no matter what angle it is pointed at. The manual focus allows you to get the sharpest projection display.

The DroiX projector has two USB 2.0 ports for connecting memory sticks or external hard drives. Micro SD Cards up to 32GB in size are also supported. Two 3W speakers can be found inside the smart projector and you can use the 3.5mm jack to output to speakers. There is also a HDMI v1.4 port for displaying from external devices such as a PC, video player or games console.

Connecting to the internet is a breeze and it supports 2.4G/5G WiFi. Bluetooth 4.0 is also supported and allows connection to devices such as speakers or input devices. Everything is kept cool with a silent internal fan.

With the Android Operating System you get access to the Google Play Store for all of your favourite media apps. It also has EShare, Airplay and Miracast built in and these apps allow you to use your Android and iPhone/iPad devices as remotes and to share media from. With just a few touches you can share photos, videos and documents making it great for both a home theater projector and a projector for office presentations.

The DroiX projector measures just 172mm*40mm and weighs 740g making it suitable for use in the living room or office. The 12000mAh rechargeable battery will last for up to two hours on a single charge and can powered with the included charger. The DroiX D08 is the best android projector in this class.